Every Ethereum block depicted as a sparkling palace 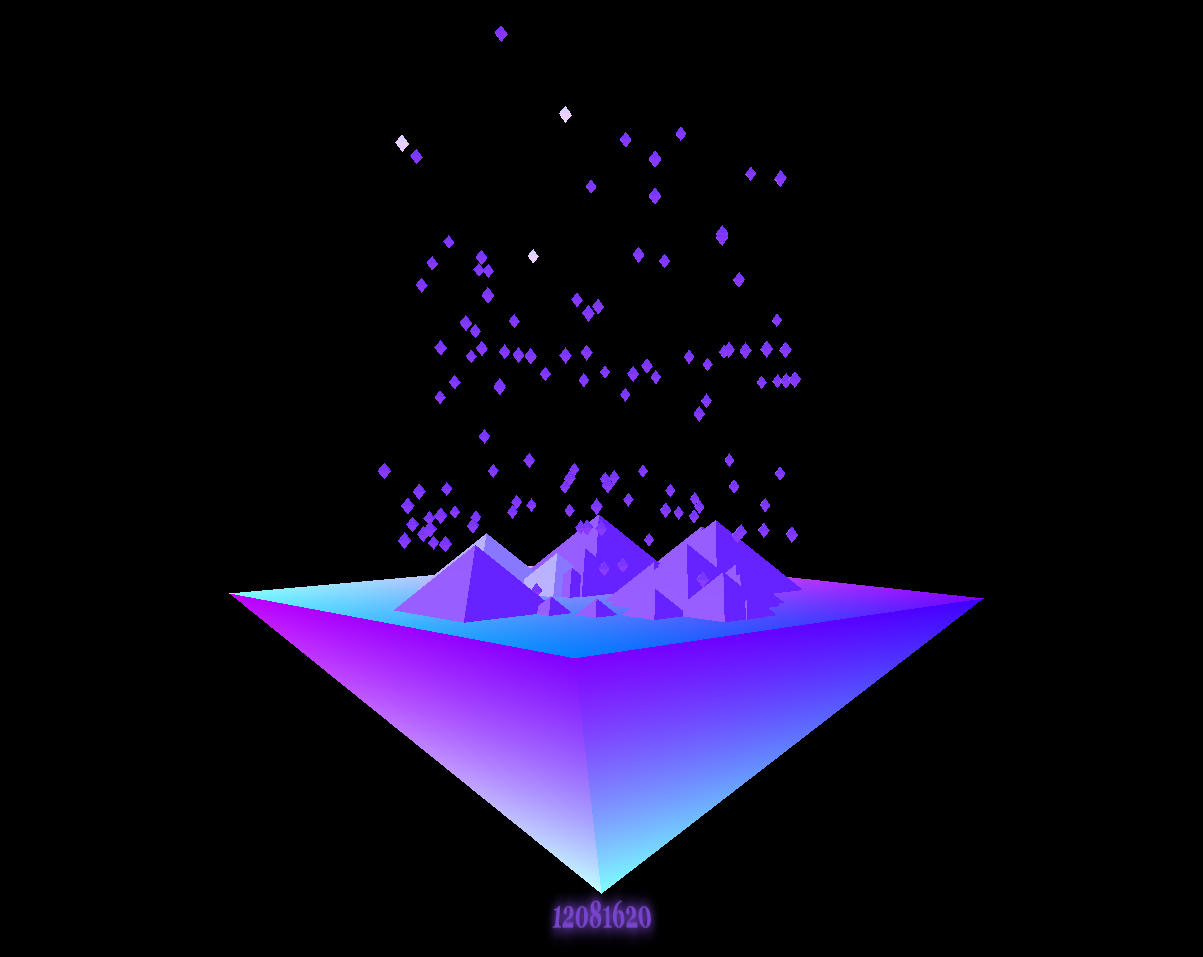 A 3D represenation of any Ethereum block, with smart contracts depicted as pyramidal structures (the more bytecode, the larger), and other addresses depicted as cool floaty diamonds. Transactions involving NFTs have special highlights. The more gas that was used in a block, the faster it spins. :) The more gas an individual sender was willing to spend, the higher they float!

web3.js fetches the data, Three.js renders it, coffeescript compiles it, and github hosts it! As well as fetching just the block and transactions, an ether palace grabs the bytecode of any address that appears to be sent non-blank input, and uses the size of the bytecode to resize pieces in the palace! The receipt logs are also loaded to find out which transactions included NFT transfers. NFT transfers are highlighted in white! It uses an incredibly crude reload to change block, and with more time I'd have liked something better - but it's not too bad! The EthBlockArt portion uses the EthBlockArt template, but modified (hacked messily) to enable access to the extra data the palace needs. As of this writing, the EthBlockArt part isn't fully working - we'll see what happens before the deadline. :j