Crypto market and culture watch; stream synthesis bot. An audiovisual program of whats happening in Crypto, entertainment from the blockchain, sourced through theGraph and smart contracts. 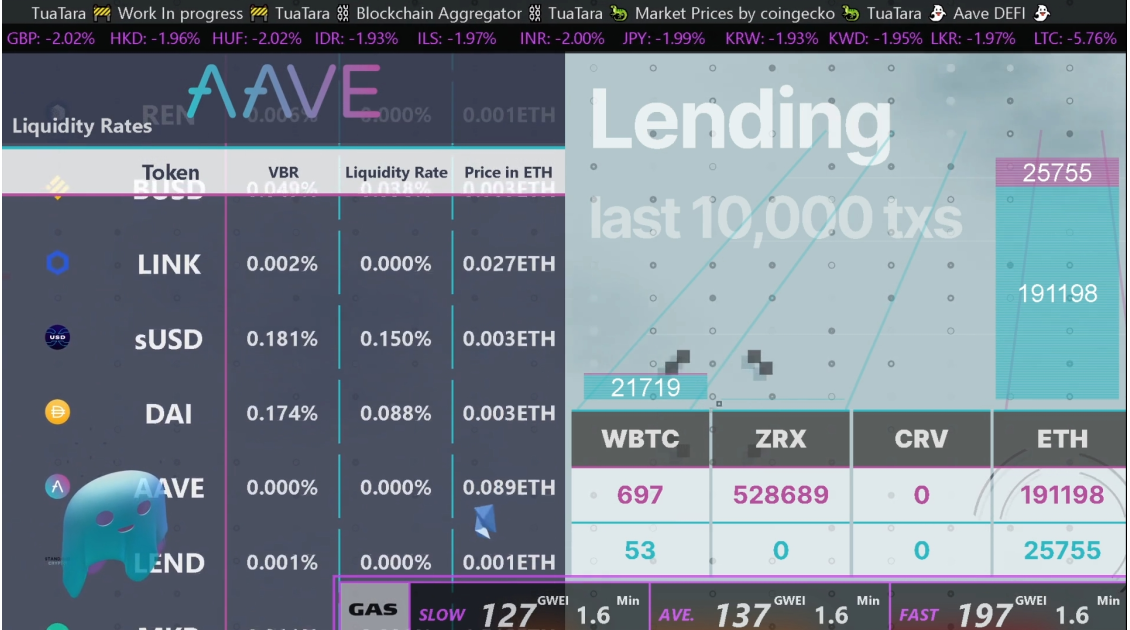 TuaTara is a market and culture watch streaming bot. A project intended to keep you up to date in what is happing in crypto and in the world. Delivering live news and information from the block. Utilizing the graph, reading smart contracts, and presenting a mix of what is going on; verifiable, decentralized entertainment. The script written by the smart contracts and news sourced from blockchain transactions. The TuaTara is a unique creature and has a parietal, third eye, which lets them sense infrared light and probably talk to Vega. This extra sense is something every other animal grew out of, but the TuaTara, in its New Zeland refugee, remains enhanced by this ancient sense. TV has evolved, finance has evolved, but our need for real-time information is greater than ever. TuaTara is an attempt to utilize the blockchain to meet this demand. During MarketMake TuaTara went from an early concept to building out a modular interface for circulating real-time clips. A large segment of the time was used to build the AAVE segment. This included gathering and parsing the market subGraph data and current rates to deliver a story of what is going on with AAVE's protocol. We believe there is an opportunity for building entertainment from decentralized networks. There is a power in data, and there is a power in culture. As the chain continues to describe the world, we were left to our own devices to utilize the power for the truth it will reveal. Producing compelling generative segments seems like a way of delivering the message behind data. Once enough segments are completed TuaTara will become a web platform as a more modular experience. In the meantime, it seems like this stream can be a good onboarding / general knowledge channel.

This project uses OBS to stream a collage of React, audio, and video. The scheduling, timing, and data handled by a Node back end. AAVE rates are sourced from sub Graph, market from CoinGecko, and gas from DEFI Pulse. Streaming this kludge of data and graphics has a high compute cost and because of this TuaTara runs on a cloud graphics instance. The combination of media layers gives a high control over the delivery and maintenance of the stream. Using AAVE's subGraph we parse the response's tx totals and present this to the user using the visual graphing Javascript package Nivo, D3 and SVG. A hallmark of the news; the segment transitions are video renderings which triggered played when the frontend updates. The graphics are made with Cavalry. In the future we intend to change the background frequently and mint them as NFT's. There is also an opportunity for integrating Audius to improve the current open source beats background music.